Fortis Alternative Energy Services (or FAES) is a subsidiary of energy company FortisBC and a provider of renewable thermal energy. FAES works with property developers in Vancouver and its surrounding areas to install, operate and maintain thermal energy components in both commercial and residential developments.

After meeting with FAES, we discovered the FortisBC subsidiary found it challenging to differentiate themselves from their competitors and clearly communicate the benefits of their services to developers of new properties. As thermal energy is a relatively unfamiliar form of power in British Columbia, FAES faced a large knowledge barrier in their marketing.

Our goal, as requested by FAES, was to develop awareness about thermal energy and, consequently, the benefits of FAES’ services. This goal was essential in driving demand from residential end users and interest from potential customers (property developers).

Based on both primary and secondary research, we found FAES’ primary issues revolved around a lack of awareness from both property developers and end users. The lack of awareness of FAES’ many benefits–among them a reduction in sunk costs for developers, vastly improved energy efficiency, and increased developer profits–meant demand was weak for services like FAES’.

We came up with two primary strategies to combat this:

The existing FAES website was buried deep within the FortisBC parent website, making it difficult for developers and end users to learn more about the company. We proposed FAES create a website–separate from the FortisBC website–that aimed to answer all questions from customers.

We suggested FAES create a new set of brochures to better explain its services to prospective customers–developers. Sending out brochures to developers in the Lower Mainland would assist in disseminating information about FAES’ financial benefits and push developers towards the website discussed in the previous tactic.

Because much of FAES’ marketing at the time referred to the brand as FAES (and not Fortis Alternative Energy Services), the brand was not leveraging one of its most significant competitive advantages–the credibility of a longstanding brand like FortisBC. We recommended FAES rename itself “Fortis Alternative” or “GeoFortis” to take capitalize on this opportunity.

An idea my team proposed to increase end user knowledge was to create a video marketing campaign that highlighted both the dangers of current energy practices and the benefits that sustainable energy could have on homes and the environment. The goal of this video campaign would be to energize potential end users into calling for change from their local governments.

The deliverables we presented to FAES included: 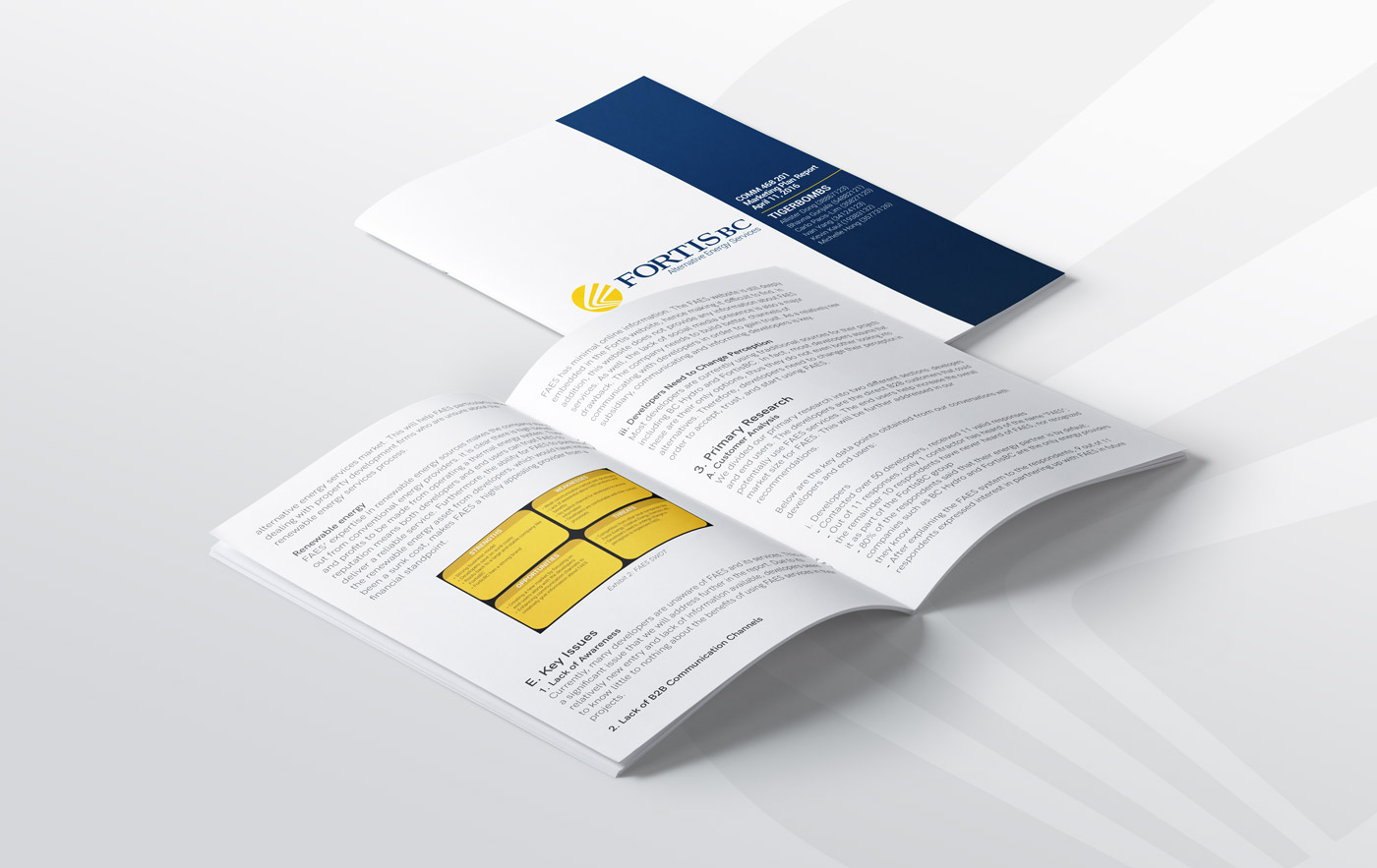